If you are childfree and work you have likely received all sorts of rude comments, inappropriate statements from managers and co-workers as well as discrimination. If you haven’t then you are very lucky and I am jealous.

These issues impact most people who are childfree and they are happening all over the world.

I am concerned about the number of people I am seeing in online groups that are voicing concern in the group amongst their childfree group but not raising the issues they are facing in the workplace. I understand some people feel uncomfortable raising it, might be concerned about their job or for future repercussions.  It can certainly be an awkward conversation to have and I have been in your shoes, so I know exactly how it feels.

There are a number of issues that keep us from progressing as a childfree movement when we aren’t vocal and don’t speak up.

Many people I speak to in HR departments or in business, don’t even realise that many of these issues we have at work at happening. Why? Because we probably aren’t sharing them with the relevant people. We whine amongst our childfree groups, or to our partner but lack of action and staying quite in the workplace won’t help solve the problems at hand either.

I have spoken to some HR people who dismissed the issue of childfree people in the workplace as not relevant or that it wasn’t an issue. Firstly, because they hadn’t personally experienced it AND secondly because it wasn’t raised at all or raised often enough to be addressed.

Others I am connected to on social media channels have welcomed having a greater understanding and due to some visibility around it, are now reframing their conversations in the workplace.

I encourage you to raise these issues within the workplace. Everyone of us, has a voice and we need to use it if we want to see real positive change.  It’s time to stop whining and start doing.

Stay engaged in the conversation in the Childfree in the Workplace group on Facebook. You’ll find it by clicking the banner below

Stop putting mum in your title in workplace environments

https://childfreehappilyeverafter.com.au/ I am childfree and I just as busy as you mums!! 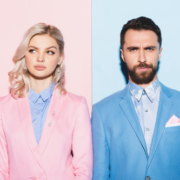 Childfree at Work – This is What I Discovered in Our Survey

An innocent doll or pronatalist brainwashing?
Scroll to top