Many of us childfree women choose not to have a child, hence why we are called childfree. Lol

I do not like to look at pregnant, cannot stand seeing photos of their stomachs on social media and think the whole process is disgusting (not beautiful).

But did you know there is a real phobia called tocophobia. Put more simply, a dictionary meaning of tocophobia would be ‘a fear and disgust of the female reproductive process starting at conception, leading through the gestation period, and ending with birth’.

Tocophobia is a psychological disorder.  For tocophobes on the Autism Spectrum, the phobia can be triggered by sensory issues leading to a meltdown. In severe cases, even the sound or sight of a related word can be a trigger.

I recently spoke with a woman named Esther who has tokophobia and she explained what it is and how it is treated.

How common is it?

Esther believes that tocophobia is far more common than people know. This is due mainly to misdiagnosis, incorrect definition, and a lack of awareness.

Females are not the only suffers of tocophobia, males can also have the condition. And it seems it is not even well known in the medical profession. Esther comments “Out of all the medical professionals I have worked with over the years, including psychiatrists, psychologists, GPs, nurses, specialists, only an experienced psych nurse and a highly esteemed psychiatrist had heard of tocophobia, knew its correct definition, and had worked with other diagnosed tocophobes over the years”

“Due to this lack of awareness, women are often misdiagnosed when anxieties about childbearing arise. The mother-to-be might be referred on to a psychiatrist due to severe anxiety, but most often she will be misdiagnosed with pre/perinatal depression, prescribed some pills, and sent away. Tocophobia is a far more severe and complex condition compared with pre/peri/postnatal depression, but because so few people know about its existence it is overlooked, not even considered nor discussed.”

“There’s normal anxiety surrounding childbirth, and then there’s tocophobia. They are two completely separate psychological conditions. Patients with tocophobia should never be invalidated nor told that what they are feeling is “normal. To do so is ignoring the condition altogether and could easily lead to the patient suffering from more serious traits.”

How do you treat it?

“For many tocophobes there is no treatment, there is only management. Part of this is because we don’t want to be treated, we see the phobia as a part of who we are, it makes us unique. We see “treatment” as a negative thing, as if people are trying to brainwash us into being “normal” viviparous humans. Parenthood is a choice and some humans don’t want to be parents”

There are a few methods of management including exposure therapy (including the use of an escalating fear hierarchy and even virtual reality), EMDR (Eye Movement Desensitisation and Reprocessing), other forms of psychotherapy, medication (including PRNs, ie. when needed), and distress tolerance techniques (mostly sensory-based). These are psychological and psychiatric methods of management. There are also physical methods including abstinence, contraceptives, termination/abortion, and sterilisation.

My own tocophobia has and is being managed by numerous methods including various psychotherapies, abstinence and contraceptives, exposure therapy, and an eventual hysterectomy at the age of 27.

Do you think there are a lot of people that don’t know they have it?

“Definitely. Tocophobia is a common trait for females on the Autism Spectrum. I also believe that many women are undiagnosed or misdiagnosed. If there were more awareness and more research done on tocophobia, that would cause people to be more open to learning about and subsequently diagnosing tocophobia correctly.”

How do you know you had this?

“Since a young age (6 or 7 years old) I have always felt very uncomfortable with babies and anything to do with reproduction. I didn’t like watching couples kiss on TV or in movies I think because I knew that somehow it eventually led to having a baby.”

“It wasn’t until 2007 that I was certain that something was very different about me. As I lay in bed one night, trying to get to sleep, I could hear my parents watching Andrew Denton’s Enough Rope which was a celebrity talk show that used to be broadcast on ABC TV. That night he was interviewing actress Helen Mirren. What she described in relation to her disgust and fears about childbirth, I could instantly relate to. She said that she was traumatised by sex education at school after a midwife showed her and other students a birth video. She said that it was probably the reason that she never had children of her own. I resonated with her story and instantly connected the dots in my head: I had the same phobia as Helen, caused in a very similar way, and it was real. For the first time I felt that my opinions and emotions were validated”

“I am self-diagnosed, after many years of research and reflection. As far as my research has gone, there is only one currently known gynaecologist/obstetrician who diagnoses tocophobia in Queensland. The opportunity to diagnose and help women manage their tocophobia is a dream career of mine. I am currently writing a book that I hope will inform as many people as possible about tocophobia and also launch my name into the gynaecological/obstetric community so that I can help as many tocophobes as possible.”

Esther believes that reforms need to be made to the sex education curriculum presented by Family Planning Queensland and/or teachers in all classrooms across not just the state of Queensland, but across the whole of Australia. She thinks more awareness will lead to better education of what tocophobia is and how it can be diagnosed and consequently managed appropriately according to each individual and their personal needs.

Based on the information I know, I do not believe I am tocophobic but if you want to dive deeper into this topic then check out her blog: https://tocophobiaovertea.wordpress.com/blog/

Nature V Nurture – why you are childfree?

Stop telling me my childfree life is empty & meaningless!! 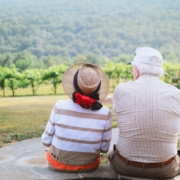 But who will take care of you when you’re old?
0 replies

I’m a married, childfree by choice stepmom
Scroll to top