There are many reasons for choosing to be childfree. I have explored many of these in the conversations and interviews I have had with the childfree women in the Childfree Happily Ever After community.

Like me you might be childfree because you want total freedom, to focus on other more fulfilling things, have a career without sacrifice, or maybe you don’t like kids. But have you thought about if this is a result of nature or nurture?

Is it because of the way you were raised, or do you think it is innate and you were just born this way (as GaGa says)?

This is something we are going to be exploring in our International Childfree Day debate on 1st August (or 31st July depending on where you are in the world).

I look at my own situation and ponder the answer. I never wanted to have children and knew from a young age. My sister always wanted a tribe of kids and end up having 3 of her own. She is a total homemaker and domestic queen. I am the total opposite and kill fake plants (lol).

Both grew up in the same house, same loving parents, played with the same toys and the same games, went to the same primary school, and had the same adult influencers around us. I am the eldest by 2.5 years and anyone that meets us would never think we were related – I’m tall with olive skin, naturally curly hair, athletic, very independent and devour books and learning. She is short, fair skin, straight hair, and a bit of a homebody and has maybe read 3 books in her life.  (I swear she is adopted – lol)

So why do two siblings with the same upbringing want totally different things when it comes to children?

Robert Plomin, a professor at King’s College, London has concluded, after decades of research that many character traits widely assumed to be the result of environmental factors and social conditioning—like curiosity, diligence, intelligence, fastidiousness, academic inclination and drive—are, in fact, highly heritable. For decades, Plomin writes, sociologists have mistakenly attributed such factors to the environment, but breakthroughs in genetics now prove that’s just not the case.

Ann Pleshette Murphy, a therapist and parenting counsellor argues that while she doesn’t dispute the role genetics play, environment is also hugely important and should not be discounted. She points out that in recent years, several key neurological studies have found that the architecture of infants’ brains is demonstrably affected by the often seemingly subtle ways in which they are parented.

“Genes matter,” says Pleshette Murphy, “but the house must be built on love. Even if we concede that DNA accounts for 70 percent of our character traits, the remaining 30 percent can make 100 percent of the difference.”

So what do you think – genes or environment?

Please join in the conversation on International Childfree Day. Register BELOW and share your thoughts 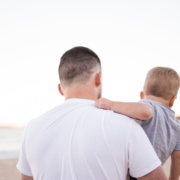 Why is parenting still the primary domain of women? 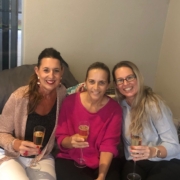 How mums and childfree women can co-exist happily! 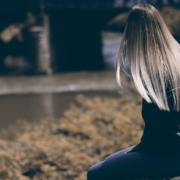 My childhood abuse is why I don’t want kids now 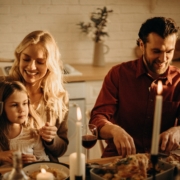 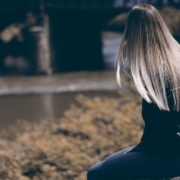 Are you too young to know if you want children? 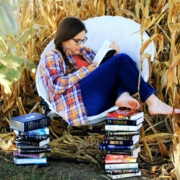 Why do I have no children you ask?

The selishness of being ‘grandma’
Scroll to top